Today was a big day for New York Times Bestselling author, William Bernhardt. Mysterious Press released his back list--the early Ben Kincaid novels and several other titles--as e-books. I know I'd been waiting for those early titles to be released. I'm sure many of you out there who've been searching for those books will be overjoyed. You can find a link to those books here.

If you haven't read a William Bernhardt novel before, you're in for a gigantic treat. His writing is excellent; his plots are filled with twists and turned. He's called the "king of the courtroom drama" for a reason.

Keep an eye out on this Mysterious Press author page of Bill's because they'll also be releasing a film--you can see Bill in his every day life, doing the things that he does best--writing, teaching, practicing law, and...are you ready for it? Playing the piano. (He's Oklahoma's Renaissance Man, according to OSU.)

This is a big week for this New York Times bestselling author. He's ALSO the featured poet in Conclave--A Journal of Character. Bill is an inspiration to all of us aspiring writers. He proves that you can be literary and commercial. And it doesn't get better than that.

Which of Bill's titles are your favorite? I'm a huge fan of DARK EYE, which features a woman named Susan Pulaski. I'm waiting for a third book about her... 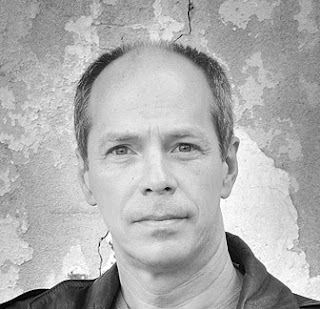