The Next Big Thing Blog Hop

Did you have a merry Christmas? Or you are celebrating one of the other fantastic holidays this season? If so, I hope you receive everything you wished for this year.

As 2012 draws to a close, I had one last neat thing happen to me. My friend and fellow blogger, Sabrina Fish (visit her blog here), nominated me for "The Next Big Thing" Blog Hop.
I'm supposed to answer 10 questions about the book I'm working on, then tag another author. So here we go!

What is the working title of your book?
My book is called DEAD DOLL and is the first in a trilogy about zombies, Hell, and world destruction.

Where did the idea come from for the book?
I had a dream about a girl in a boat on a lake with no one else around. The scene was tranquil until I realized the girl had tied her foot to a huge rock. Then she threw herself overboard. And drowned. But she didn't exactly die, she came back as a ghost who realized that as much as she hated that body, she needed it

What genre does your book fall under?
YA. From there, I've called DEAD DOLL both paranormal and horror. I'm leaning more toward paranormal now.

Which actors would you choose to play your characters in a movie rendition?
Actually, I never have. I can see my characters clearly, but can't see anyone filling their shoes. So I'll let a casting director decide. :)

But here are a couple of pics from DeviantArt artists that inspire me. 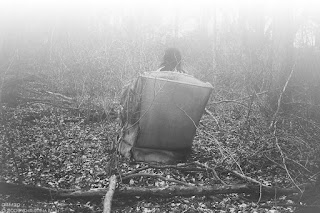 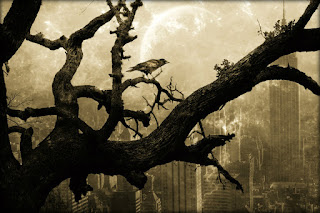 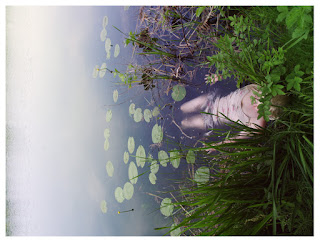 What is the one-sentence synopsis of your book?
Doll Draper is sixteen years old, dead, damned, and she needs to do three things: 1) Find her body 2) Stop the devil from taking over Earth 3) Seek redemption for herself and for those that she loves.

Will your book be self-published or represented by an agency?
I'm about to start querying. Just reading the ms one more time for glaring errors.

How long did it take you to write the first draft of your manuscript?
That's really hard to say...I was finished my degree when I started it, so it sat on the back burner for over a year. Since I've started it again, I think it's taken around 6-8 months.

What other books would you compare this story to within your genre?
That's my problem. I haven't come across a YA book like mine--and I read a TON of YA. I like to say it has HUNGER GAMES stakes and TWILIGHT romance.

Who or What inspired you to write this book?
My parents. They've always encouraged my daydreams.

What else about your book might pique the reader’s interest?
Doesn't everyone want to know the truth about what happens after death? I've written it. Now we just have to get it published. We all need to prepare for the darkness that's coming.

Who would you nominate for The Next Big Thing?
I'm nominating my friend and fellow writer, Tamara Grantham. She's written not ONE but at least FOUR huge and amazing titles. But I'll let her tell you all about them.
Labels: 2012 blog hop Christmas Dead Doll DeviantArt Horror Novel One sentence synopsis Paranormal Sabrina Fish Tamara Grantham The Hunger Games The Next Big Thing Twilight YA Young Adult