Before I hop into my thoughts, I'd like to follow up the spotlight tour with a new synopsis of the story, which also shows off the author's writing style quite well. 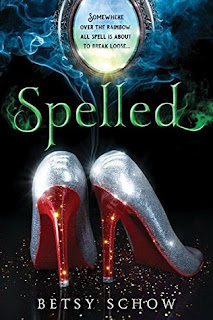 Fairy Tale Survival Rule #32: If you find yourself at the mercy of a wicked witch, sing a romantic ballad and wait for your Prince Charming to save the day.

Yeah, no thanks. Dorthea is completely princed out. Sure being the crown princess of Emerald has its perks—like Glenda Original ball gowns and Hans Christian Louboutin heels. But a forced marriage to the brooding prince Kato is so not what Dorthea had in mind for her enchanted future.

Talk about unhappily ever after.

Trying to fix her prince problem by wishing on a (cursed) star royally backfires, leaving the kingdom in chaos and her parents stuck in some place called "Kansas." Now it's up to Dorthea and her pixed off prince to find the mysterious Wizard of Oz and undo the curse...before it releases the wickedest witch of all and spells The End for the world of Story.

So I love stories that take tales we're all familiar with and spin them into something new. Schow definitely turns the Wizard of Oz on its head. She weaves a far different version of Oz than that which we know. I enjoyed some of her inventive slang, like "What the pix?" I also grew to like the main character's love interest and his transformation into a chimera. Schow's novel is a light, fun-filled romp, and since it comes out in early June, that makes its timing perfect for summer.

All that said, I gave the book 3 out of 5 stars on Goodreads. My primary reason for falling in love with the young adult genre is because it often seems to be one of the last bastions where writing doesn't have to feel formulaic, and ideas about philosophy, love, the human condition, and so much more can be freely explored. I read YA to find the depth in a seemingly innocuous story. Unfortunately, I found those elements lacking in Schow's book.

At times, I found the character's contrasting selfishness and self-deprecation bothersome. I felt like many of the other characters in the book lacked development. I wondered at the book's value other than its ability to retell a well-known tale. I wished that some of the humor had been cut out or toned down because it seemed forced and unnecessary. Will I read the sequel? Probably not, unless I review it.

That said, many people look for many different things in books. Were I fifteen years old, I probably would have rated the read higher. Would I recommend people not to read it? Of course not! You can whip through the pages in an afternoon on the beach and have been swept away into a fantasy world. The writing is adequate, and as I stated before, the slang clever.

SPELLED will come out on June 2nd. You will be able to find it in major booksellers and online. If you read it and have comments, please feel free to leave them on my blog!

Next month, I'll be reviewing ALIVE by Scott Sigler. You can expect to see that review the last week of June. See you then, readers! 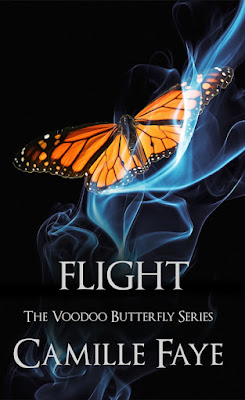